Government approves mandate to open negotiations with Poland on Turów mine 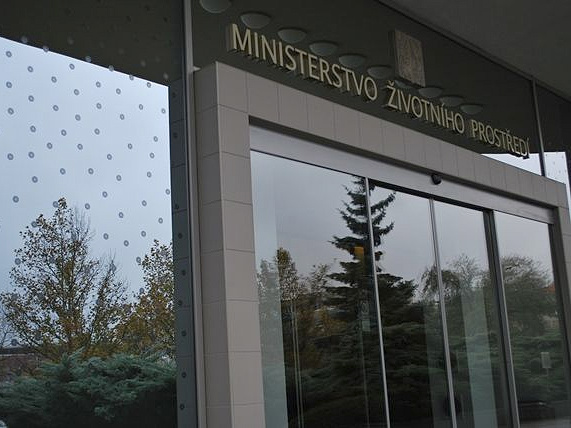 Dispute over mining at Turów heads to the negotiating table. Following the EU Court of Justice’s interim measure ordering the immediate suspension of mining at Turów mine a few weeks ago, Poland and the Czech Republic have opened negotiations on the terms under which the lawsuit might be dropped. The Czech Republic filed a lawsuit against Poland at the EU Court of Justice in February this year. The Czech Republic accuses Poland of failing to comply with EU legislation by granting an extension to the mine’s concession, excluding the public from the approval process, and refusing to provide information on the mine’s impacts. The lawsuit also included a demand to suspend coal extraction at the mine pending a judgment by the Court of Justice.

In the wake of preparatory talks held in Liberec in the last week of May, involving representatives of the two countries’ environment and foreign ministries and the Liberec regional governor Martin Půta, at which Poland expressed its readiness to negotiate the terms on which the Czech Republic would withdraw its lawsuit against Poland, the Czech government today agreed on the framework for an intergovernmental agreement under which the Czech Republic could withdraw drop the suit. “This includes a review of the existing concession processes in accordance with European law and the disclosure of all available information on the impacts of mining, which is the essence of the current lawsuit against Poland, as well as the coverage of the costs of building new and strengthening existing sources of drinking water on the Czech side of the border. These are the Czech Republic’s key requirements,” said Czech environment minister Richard Brabec as he commented on the decision taken by the Czech government today.

“The lawsuit filed by the Czech Republic at the Court of Justice can only be directed against a breach of EU law by Poland. This sort of suit can only determine whether or not Poland has violated EU law. What the Czech Republic cannot do in proceedings before the Court of Justice, as is sometimes misinterpreted, is demand the permanent shut-down of the Turów mine. Even so, the order to halt the operation of the Turów mine immediately pending a judgment on the merits of this case has cleared a path to a prompt result that is genuinely practical and tangible for the local population and the environment in this region,” says Martin Smolek, the deputy environment minister representing the government at the Court of Justice.

It is therefore in the Czech Republic’s interest, once Poland is prepared to negotiate constructively on the matter, to agree on Polish commitments to implement specific measures and to cover the costs of dealing with the negative impacts that the Turów mine in Poland has on Czech territory, i.e. the costs of action to mitigate current and prevent future negative impacts.

The EUR 40-50 million that the Czech Republic is prepared to demand under the intergovernmental agreement is based on the Liberec Region’s estimate of how much it will cost, in particular, to build replacement water supply pipes in the Frýdlant and Hrádek districts and reinforce the Uhelná water source.

“We are in a situation where the EU Court of Justice has found in favour of the Czech Republic by determining that there has been a breach of European law, and the Polish side is finally willing to come to the table. I am confident that we will be able to reach a mutually acceptable agreement that will protect the people and the area affected by the mining, while accepting that the mine cannot be shut down for good overnight,” said Martin Půta, the Liberec regional governor, of the government’s decision.

The agreement between the Czech Republic and Poland should set clear deadlines for compliance with specific obligations, including sanctions for default. Any disputes arising from the agreement should be heard by the Court of Justice, thereby guaranteeing the enforceability of contractual obligations.

“We now have a mandate to open negotiations with Poland. At this point in time, it is impossible to tell how long it will take to negotiate the detailed text of the intergovernmental agreement with Poland, but both sides are interested in striking the deal as soon as possible. Experts from the two countries’ foreign and environment ministries will be working on the text, and representatives of the Liberec Region will be involved throughout,” said Vladislav Smrž, deputy environment minister, as he discussed what lies ahead.

At its meeting today, the government also agreed to submit a request to the EU Court of Justice seeking the imposition of a daily EUR 5 million penalty on Poland for failing to heed the interim order, i.e. for continuing mining operations at Turów in breach of the decision the court handed down on 21 May this year.