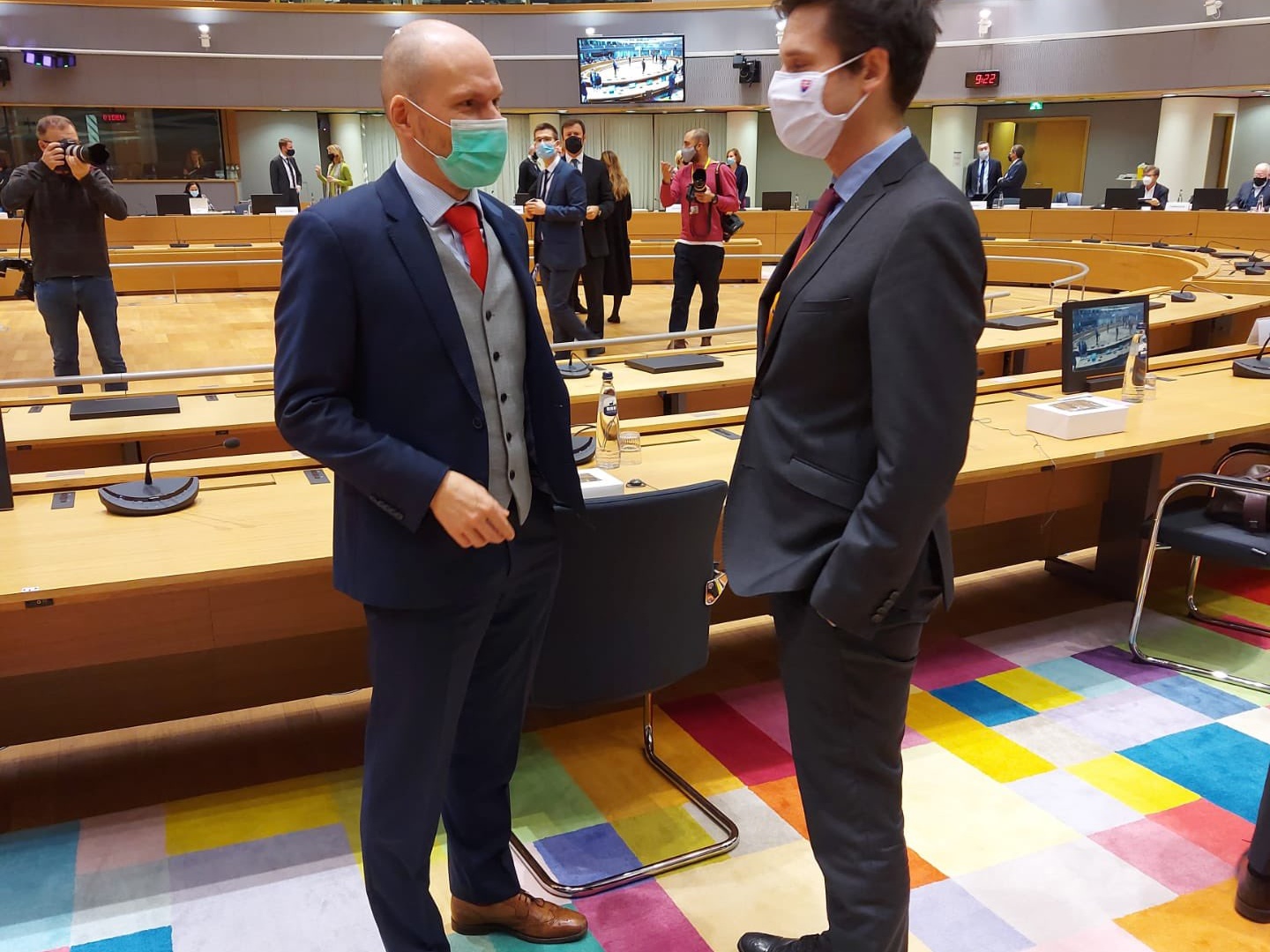 The EU environment ministers reaffirmed today, in the Environment Council‘s session, the last week's European Council‘s agreement on raising the EU's climate target to at least 55 % by 2030. They also agreed that this objective would be presented as a new contribution of the EU and its Member States to the fulfilment of the Paris Agreement commitments. The Council also discussed the EU's strategy for the sustainability of chemicals, endorsed conclusions on the circular economy and the link between digitalization and the environment. Within the A-points, the Multiannual Financial Framework of the EU 2021 - 2027 was approved without discussion. The Czech Republic was represented at the meeting by the Deputy Minister of the Environment Vladislav Smrž.

The meeting discussed adoption of the Council’s position on a proposal for Regulation concerning European climate legal framework which is intended to set a legally binding target for EU climate neutrality by 2050. At the European Council on 11 December, European leaders agreed on a common climate target for 2030, i.e. on a reduction of EU-wide greenhouse gas emissions by at least 55 % compared to 1990. The environment ministers today formally confirmed this agreement. The final form of the regulation will then arise from negotiations between the Council and the European Parliament. Given that the new goal is also accompanied by conditions enabling its achievement, which were also defined by the European Council, the Czech Republic was able to support the Council's position. "Today's negotiations were not as long or intense as the last week's European Council negotiations. We are satisfied with the results. We have reached a compromise and we believe that the final agreement with the European Parliament will not deviate too much from it," said Deputy Minister Smrž.

Ministers also agreed that the reduction target of at least 55 % will be communicated as a new contribution of the EU and its Member States to the implementation of the Paris Agreement. The parties to the agreement must update their climate commitment for 2030 by 31 December this year, so that, thanks to today's Council decision, the EU can report its contribution in time. All Member States voted in favour of the proposal

Ministers also discussed the new Chemicals Strategy for Sustainability, adopted by the European Commission on 14 October this year. The German Presidency prepared several topics for discussion which concerned, among other things, the level of ambition of this strategy or the Commission's proposal to amend existing legislation, such as the so-called REACH Regulation. The discussion expressed general support for the overall strategy ambitions and objectives with most delegations acknowledging, in particular, its focus on reducing the most dangerous substances. Delegations also welcomed the EC's intention to revise REACH but noted that revision must focus on its specific parts. At the meeting, the Czech Republic stated that the level of strategy’s ambitions is commensurate to its goals but that it is not in favour of making fundamental changes to the REACH regulation. "We consider the existing EU legislation as forming a very good basis for implementing the strategy. Above all, it is necessary to ensure the correct implementation of this legislation and to improve the control of its observance in all Member States," said Deputy Minister Smrž. The Environment Council will also address the strategy during the incoming Portuguese Presidency.

Two sets of conclusions were also adopted at the today's meeting – one on securing circular and environmental recovery in response to the new action plan for the circular economy, and another addressing digitalization for the benefit of the environment, which was one of the priority topics of the outgoing German presidency. The Czech Republic actively participated in the preparation of both documents. The Czech Republic supported the final texts of both conclusions.

The last item on the agenda was adoption of the Council's position to amend the so-called Aarhus Regulation. Under this regulation, the provisions of the Aarhus Convention on Access to Information, Public Participation in Decision-making and Access to Justice in Environmental Matters apply in the EU. In the past, Member States themselves have called on the Commission to present a proposal to amend the Regulation to address some of the shortcomings in the application of the Aarhus Convention within the EU. The Czech Republic supported the final position of the Council, but considers it important to continue discussions on the scope of areas affected by the Regulation’s amendment. This proposal will be the subject of negotiations with the European Parliament.

At the meeting, the Commission also presented a new proposal for a Regulation on battery sustainability requirements of 10 December 2020. During today's meeting, Deputy Minister Smrž also met with the Portuguese Minister of the Environment J. P. M. Fernandes to talk about the upcoming Portuguese presidency of the Council of the EU and other topics such as Agenda 2030 and possibilities of bilateral cooperation. Deputy Minister Smrž also talked to the Director General for the Environment of the European Commission F. Fink-Hooijer on implementation of European legislation in the areas of air quality or waste. Prior to the meeting, a traditional coordination meeting of the V4 countries also took place.