Five years on from the Paris Agreement, the Ministry of the Environment’s building is to be lit up in the colours of Planet Earth 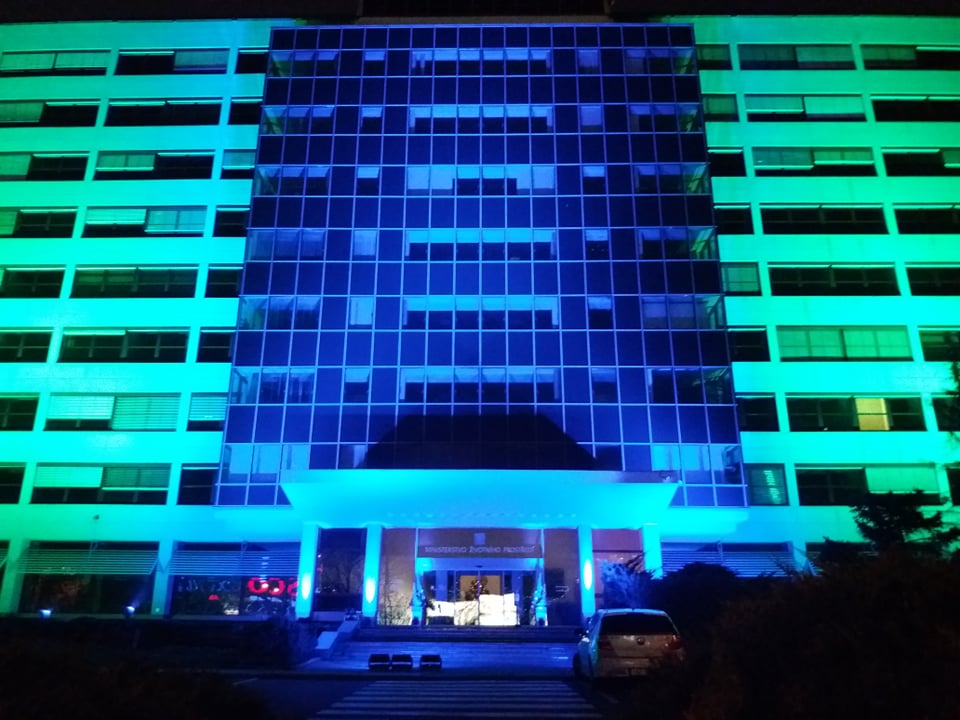 On Saturday 12 December 2020, the Ministry of the Environment will be joining in celebrations to mark the anniversary of the adoption of the Paris Agreement, which was finalised by the countries of the United Nations Framework Convention on Climate Change in Paris five years ago. For a few hours, the Ministry’s building will be illuminated in green and blue, the colours of both Planet Earth and the UN Climate Change Conference, as part of the British Embassy’s #ClimateActionNow campaign.

“The Czech Republic is one of those countries that take climate protection seriously. We supported an increase in the common European greenhouse gas emissions reduction target for 2030 from the current 40% to 55% compared to 1990, as approved today by the European Council. This means that, in the years ahead, we will be making massive investments of more than CZK 300 billion to reduce emissions and introduce adaptation measures. CZK 150 billion alone will be channelled into the modernisation and transformation of energy, transport and industry. This will enable us to make the switch to a low-emission economy, expand the replacement of old coal-fired boilers in households, increase the share of energy produced from renewable sources, and create more than 130,000 new jobs. Last but not least, we have tabled a clear plan for government approval that, though less ambitious than I would have liked, will see us stop burning coal in the energy sector by 2038,” said Minister of the Environment Richard Brabec.

The Ministry’s primary vehicle for investments in sustainable energy, transport and industry is the Modernisation Fund, which will finance projects via nine separate programmes from next year. The “pre-registration calls” have already been announced under the first three programmes, which focus on: Modernisation of Thermal Energy Supply Systems, New Renewable Sources in the Energy Sector, and Energy Efficiency Improvements and Greenhouse Gas Emissions Reductions in Industry.

The Paris Agreement is a major international treaty setting a long-term goal for climate protection: to keep the increase in the average global temperature well below 2 °C compared to the pre-industrial period, and to seek to ensure that the temperature does not rise by more than 1.5 °C.

Under the Paris Agreement, the Czech Republic, together with the other EU Member States, has made the commitment to reduce greenhouse gas emissions by at least 40% by 2030 compared to 1990. Parties to the Agreement, which entered into force in November 2016, are countries from all five continents and include almost all major producers of greenhouse gas emissions. The Agreement has also been ratified by the EU and all its Member States. The Czech Republic became a party to the Agreement in November 2017.

The Ministry’s building will become blue and green in the evening on 12 December, starting at approximately 4 pm and ending by 10 pm. This is our way not only of celebrating five years of the most important international treaty on climate protection, but also of drawing attention to light pollution. Unnecessary lighting during the night has negative effects on both the environment and human health.