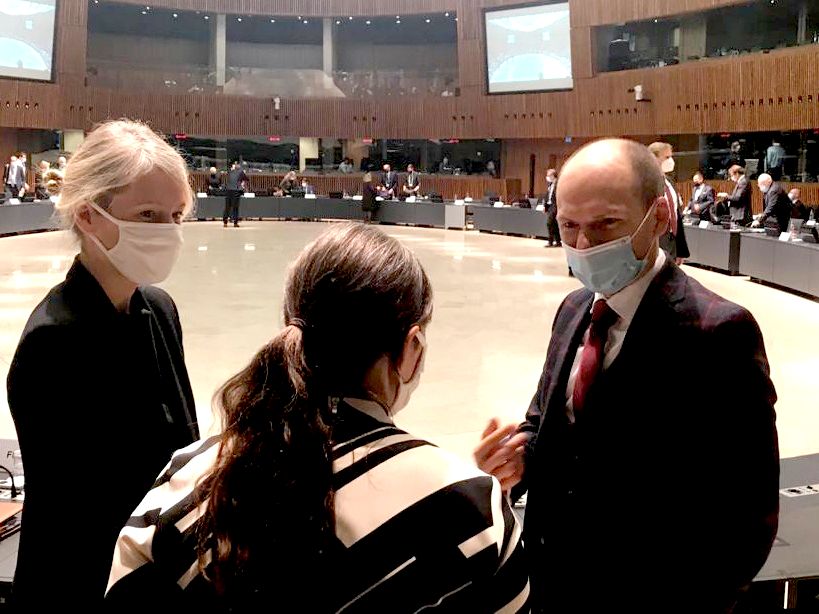 Today, at a meeting of the Environment Council, EU member state ministers reached agreement on a draft regulation on a European legal framework for climate, as yet without any decision on a new EU climate target for 2030. The Council also unanimously approved conclusions on a new EU biodiversity strategy. The CR was represented at the meeting by Vladislav Smrž, Deputy Minister of the Environment.

Environment ministers first discussed the draft regulation on a European legal framework for climate, which aims to set out the political commitment to achieving EU climate neutrality by 2050 in a legally binding text. The aim of the negotiations was to adopt what is referred to as a “partial general approach”, i.e. without deciding on an actual EU climate target to 2030. This will be decided at the December European Council meeting. The CR believes that any increase in the target must be supported by adequate financial mechanisms and tools at EU level, to support the necessary investment in reducing emissions in different sectors of the economy, such as, for example, energy, transport, industry or households. “We have agreed with the proposed procedure and supported the adoption of a partial general approach. However, we still have a series of difficult negotiations ahead of us, which will culminate at the European Council meeting in December.“ commented Deputy Minister Smrž.

The second main item of the meeting agenda involved the adoption of conclusions on the EU biodiversity strategy to 2030, which was published by the European Commission in May 2020. At the meeting, the Czech Republic supported the approval of the conclusions as presented. The Czech Republic welcomes the ambitious goals presented in the strategy, as achieving these will contribute to solving key biodiversity issues both at the EU level and worldwide. At the same time, however, implementation of this strategy will have implications for various sectors of the national economy. It is therefore vital that these impacts are subjected to prior evaluation to enable the environmental, social and economic aspects to be suitably balanced during the implementation of the strategy. The implementation of the strategy at the level of the member states will have to take account of their specific particularities, in particular their previous efforts to protect the environment and ensure sustainable use of natural resources, the progress they have already made and their potential for achieving the objectives proposed.

The Commission also presented several recently published documents at the Council meeting, specifically, a draft decision on the 8th Environmental Action Programme, a communication on the EU chemicals strategy for sustainability and a draft amendment to the Aarhus Regulation on access to justice in environmental matters.

On the sidelines of the Council meeting, Deputy Minister Smrž met with EC Vice-President Timmermans to discuss increasing EU climate ambitions to 2030 and specific aspects of the situation in the CR concerning the bark beetle calamity, which has significantly reduced carbon capture and sequestration in Czech forests. The EC expressed its understanding that the effects of climate change are also having a negative impact on other Central and Southern European countries and confirmed that the EC plans to respond to the situation next year with a new strategy for forests and amendments to the relevant legislation.