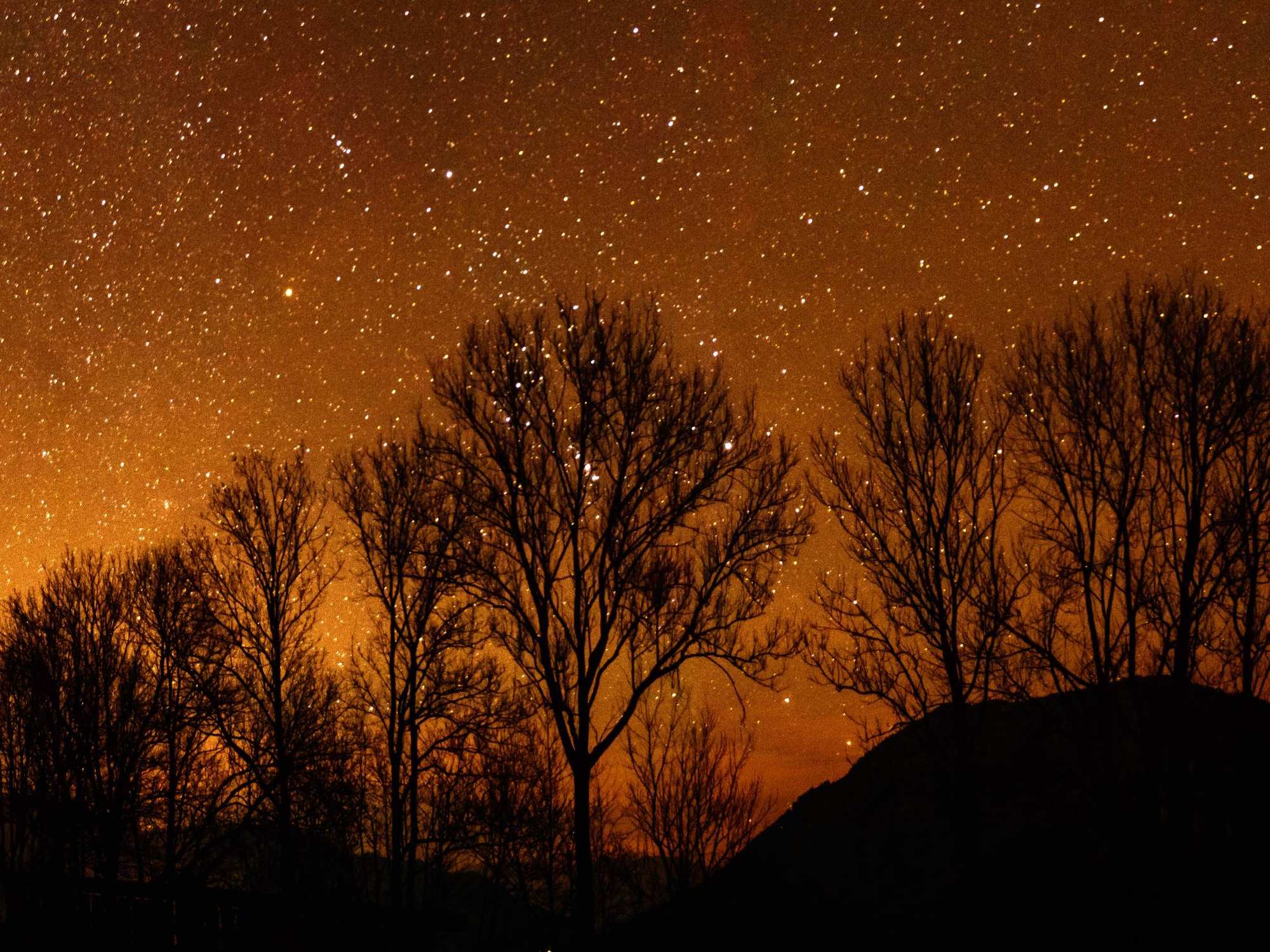 On May 14 2020, the first international webinar focused on light pollution took place. The "Workshop on Light Pollution 2020" took place during the Czech Presidency of the Visegrad Four (V4). The webinar was attended by 45 representatives from the Czech Republic, Hungary, Slovakia, and Poland, as well as Germany, France, Slovenia, and Austria.

The aim of the webinar was to open the topic of light pollution in the V4 countries, to draw attention to the effects that this phenomenon has on health and nature and to share knowledge and experience across countries and specialties.

The webinar was divided into two panels. The first part was devoted to a summary of scientific knowledge. The second part was dedicated to the practice and efforts to solve the problem of light pollution in individual countries.

The first speaker, Zdeňka Bendová, Associate Professor of the Department of Physiology, Faculty of Science, Charles University presented the impact of light pollution from a physiological point of view.

The second speaker was Michal Zeman, Professor of the Department of Animal Physiology and Ethology, Faculty of Science, Comenius University in Bratislava. He presented the latest findings of his team and the influence of light at night not only on the production of melatonin but also other hormones in the human body, and thus a contribution to the development of lifestyle diseases (Rumanová, Stebelová, Molčan, Okuliarová).

The last speaker of the first block was Andrej Mohar, a founding member of Dark-Sky Slovenia. He was a leader of team of environmentalists who in 2007 negotiated A Decree on Limiting Values of light Pollution with Slovenian Ministry of Environment and Spatial Planning. That was the first light pollution legislation valid for any state. His presentation focused mainly on practical information and examples of light pollution in Slovenia and Europe. He showed that European Norm EN 13201 is too demanding and that most roads and streets in EU have illumination and uniformity values much lower than it is requested in the EU Norm.In conclusion he recommended the following sites dedicated to sustainable lighting: www.eeb.org, www.licht-und-natur.eu, www.cielobuio.org, and www.temnonebo.com.

The second block, which followed the discussion, was opened by Anna Pasková, Director of the Department of Environmental Policy and Sustainable Development of the Ministry of the Environment. She presented the work of the inter-ministerial working group for light pollution and the individual tasks of the organizations involved. It also introduced a system of subsidies for the replacement of street lights where projects with a chromaticity temperature of 2700 K and lower are favored. However, reducing light pollution is not only about replacing public lighting but also about the correct lighting of monuments, advertisements, billboards, or the building code and lighting standards.

The next speaker was Natalie Commeau from the French Ministry of Ecology and Sustainability. She summarized the legal framework for light pollution in France - https://www.ecologique-solidaire.gouv.fr/.

Slovenia was represented by Matjaz Ferjancic from the Ministry of the Environment and Spatial Planning. He presented the Slovenian limits for lighting, both the current ones, which have been valid since 2007, and the ones being prepared, which aim to reduce energy intensity. Slovenia is considering a limit for the chromaticity replacement temperature and expects to reduce or turn off the lighting during the night.

Sibylle Schroer, project coordinator at the Leibniz Institute for Freshwater Ecology and Inland Fisheries (IGB) from the Working Group on Light Pollution and Ecophysiology, spoke on behalf of Germany. She presented the regulation of light pollution, nature and landscape protection in Germany and the impacts of inappropriate artificial lighting on the night environment and species, whether bats, birds, or the landscape and ecosystems as a whole. She presented solutions that are generally valid rules - to focus the lights to where it is needed and when it is needed, to use warm colors (below 3000 K) and the lowest possible intensities. Interesting information can be found at http://www.cost-lonne.eu/ or in a publication (Schroer et al. (2019) Working with inadequate tools: Legislative shortcomings in protection against adverse effects of artificial light. Sustainability, 12 ( 6), 2551) - http://bit.ly/bfn-543.

Hungary was represented by Zoltán Kolláth, Professor of Physics at Loránd Eötvös University in Budapest, who presented his experience from Hungary in the form of dark sky parks (Zscelic, Hortobágy, Bükk), projects and research. He concluded his presentation by presenting a new publication: http://www.termeszetvedelem.hu/_user/browser/File/Fenyszennyezeses%20utmutato/Fenysz_utm_v_publ_2020_05_16.pdf

At the end of the seminar Wojciech Noga from the non-profit organization Polaris - OPP and the Polish Dark Sky presented examples from the replacement of public lighting in Sopotnia Wielka and a guide to help choose the right types of lighting https://ciemneniebo.pl/pl/.

Tyrol (Austria) joined with a document from Stefanie Pontasch and Andreas Hudler. In Austria legislation concerning nature protection and environment lies mostly within its nine provincial governments’ own responsibilities. In general Austria has no legislation against light pollution. However some ecological aspects of light pollution may be concerned when general environmental laws are made use of. The Austrian standard for the prevention of light pollution is ÖNORM O 1052 Light immissions – measurement and assessment (2012), which defines limit values ​​and describes ways to avoid the negative effects of light on human health and the environment. The Austrian Outdoor Lighting Guideline (2018) is a national guide for planning eco-friendly outdoor lighting installations. Compliance with those standards is not mandatory by law, however, considered as a technological state of the art.

Tyrol, like any province in Austria, has an Office of the Environmental Ombudsman. Tyrol has adopted additional standards that must be met in administrative proceedings (http://www.hellenot.org/en/home/). Since January 2020, Tyrol has been participating in the INTERREG SKYSCAPE ITAT 2047 project co-financed by the European Regional Development Fund V-A Italien-Österreich 2014-2020. The main target of the project is "to protect and promote the dark and unspoiled night sky, reduce light pollution, and sensitize for the value of a dark night sky for the health and wellbeing of people, animals, and plants.