The OECD evaluated the state of the environment in the Czech Republic. While the country is doing well, we are also facing extraordinary challenges… 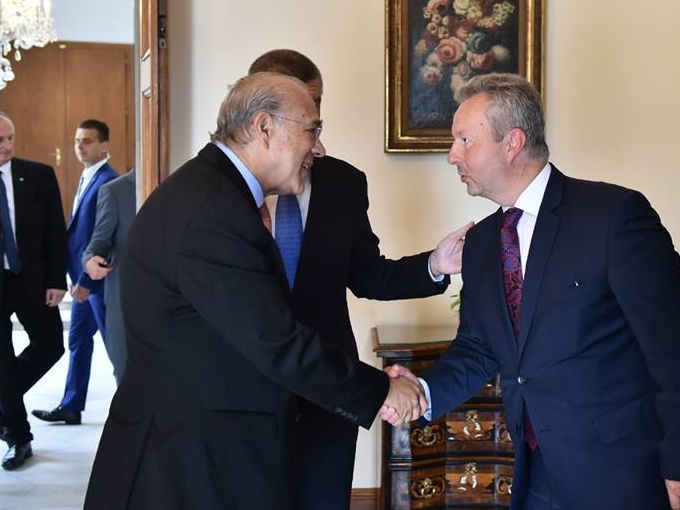 After 13 years, the Organization for Economic Cooperation and Development (OECD) has evaluated the state, development and policies of the Czech environment; the so-called EPR - Environmental Performance Review. While a review of the Czech economy takes place every two years, the environmental performance review was evaluated for the last time in 2005 and thus its conclusions are very beneficial to the country.

Since 2005 the Czech Republic has made significant progress in environmental protection. According to the OECD assessment, the country manages to balance rapid economic growth and the environmental impacts that come naturally with increased economic activity. However, at the same time, the OECD determined that part of the population is still exposed to high levels of air pollution. The biggest problems of the air quality are caused by transport and combustion of fossil fuels in households. The OECD estimates that the total cost of air pollution equalled 6% of GDP in 2016. In this area, the Czech Republic faces its greatest challenges.

"The OECD's Environmental Performance Review in the Czech Republic is positive in many ways. OECD experts have appreciated for the last decade, for example, a functional system of sorting of packaging materials, investment in water quality and development of water management infrastructure or public access to environmental information and its participation on environmental decision-making. On the other hand, the OECD draws the attention, for example, to a low landfilling fee that prevents the development of municipal waste recycling, the absence of a carbon tax, which would accelerate the shift from coal, or to a low taxes in the transport sector whose growth significantly burdens our air. In total, we have received 46 recommendations from the OECD on how to continue to protect the environment, with some steps we are already taking, such as the transition to a circular economy as part of the preparation of a new Waste Act that we want to present by the end of 2018 " said today the Minister of the Environment Richard Brabec.

Ángel Gurría, Secretary-General of the Organization for Economic Co-operation and Development (OECD), pointed out during his presentation of the EPR results that, for example, landfilling in the Czech Republic is 6x cheaper than incineration. This is completely against the hierarchy of proper waste management. He also pointed out the need to reduce waste production of households, as well as to motivate municipalities to treat their waste more ecologically.

Particular attention was paid to two in-depth chapters - the waste management and the circular economy and sustainable urban development. Both areas are extremely important for the Czech Republic, the first due to the forthcoming amendment to the Waste Act and the other due to the challenges of effective urban management and the implementation of innovative policies at the local level. In the area of waste management, the OECD has confirmed the Czech Republic's significant progress in implementing the relevant policies, which is reflected in a very good level of recycling. Waste production per capita is also far below the OECD average, but landfilling remains the main waste treatment method. Therefore, according to the OECD, greater effort is needed to achieve the 2020 EU recycling target of 50 %. So it is absolutely essential for the Czech Republic to speed up the adoption of an amendment to the Waste Act.

The OECD positively assessed the activity of the Government Council for Sustainable Development (GCSD). In addition to its role in the promotion of sustainability issues into sectoral policies, it is also valuable because the environment agenda does not have a sufficiently high priority at lower administrative levels. Cities are one of the six main chapters of the National Strategic Framework for Sustainable Development (Czech Republic 2030), and a Sustainable Municipalities Committee has been established under the GCSD. These measures should lead in the future to a more active approach of cities to environmental policy.

The Czech Republic is above the average in terms of nature conservation. The area of protected land in the Czech Republic compared to the neighbouring countries is also above average. The share of area covered under some nature protection is 22% of the Czech territory. At the same time, the OECD highlighted the Czech Republic has one of the highest shares of agricultural area under organic farming in the OECD, at 12%. However, in relation to nature and natural resources, the OECD draws attention to the increasingly frequent floods and droughts, especially in the context of climate change, and the related challenges that are waiting for us as a state.

The most important OECD findings are available here (PDF, 3 MB)